The Great American Pick Up Boom 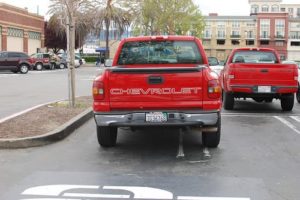 When America moves towards economic growth, so does the fleet used to represent the hard working people. In the past decade, the recent pick up truck sales in the United States have risen solely because of the contracting and construction industries.

Many analysts believe that with the recent growth in the US market economy, this increase in pick up sales, especially related to construction will continue to increase. Pick up sales growth, especially in the construction market is a reflection of confidence and investments into infrastructure.
With the increasing amount of housing, apartment, business development and roadway contracts being granted throughout the US government or private companies, many contractors focus on having the best equipment and tools to finish the job right the first time. Transportation/utility are included and new pick up trucks offer the best of these two necessities. Contractors willing to invest in their companies update their truck selection and in turn gives that particular business a better morale.

Greater morale due to new trucks leads to better completion rates of contracts, thus more jobs are offered to the construction company and they can lower or increase their bidding for new contract jobs, thus increasing their yearly revenue and the ability to increase their fleet. Truck sales are boosted by the increased investment in American infrastructure.

It’s also worth noting that while pick up truck sales have increased for contracting purchases dramatically, other sectors of market research for pick up selection haven’t seen the same effect. Compared to contracting sales, other pick up truck purchase categories support little to no growth in sales in the past 10 years.

The categories include vehicle appearance, fleet purchases, towing and RV, and farm and ranch purchases have a steady decline in sales from 2001 to 2008 then stability in their sales values in the last five years. The reasons for sluggish growth in these categories all relates to a sluggish economy and the change in dynamic for many of these businesses. Instead of replacing the existing fleet of pick ups, it’s cost efficient to maintain as many existing vehicles as possible.