What is E-Diesel and Why Does It Matter?

E-diesel is the name of synthetic diesel created by Audi. The fuel is created from carbon dioxide, water, and electricity with a process powered by renewable energy sources to create a liquid energy carrier called blue crude, which is then refined to generate e-diesel. (Wikipedia)

Audi says that the carbon dioxide used in the process is currently supplied by a biogas facility but, further adding to the green impacts of the process, some of the CO2 is captured directly from the ambient air, taking the greenhouse gas out of the atmosphere. 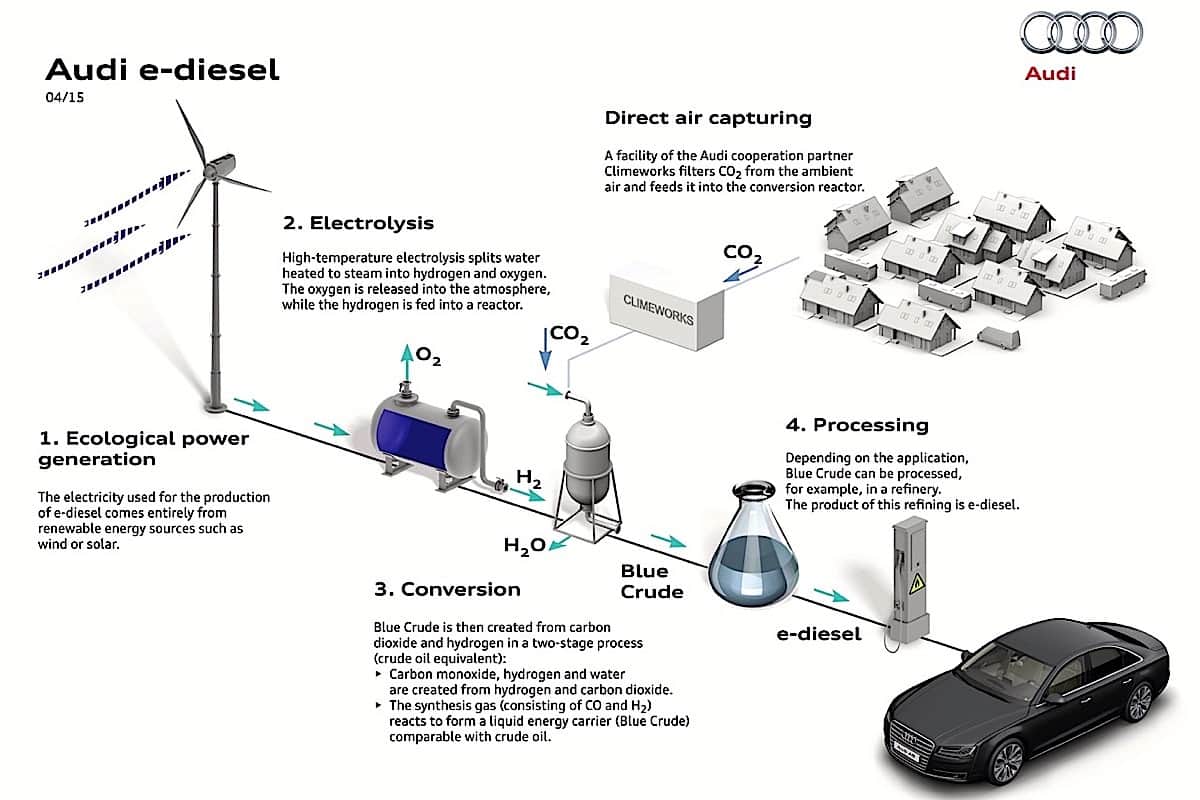 Audi, along with the Dresden energy technology corporation Sunfire. Sunfire is Audi’s project partner and the plant operator.

The CO2 used in the process to make e-diesel is currently supplied by a biogas facility.

In addition, Audi’s Zurich-based partner Climeworks is also involved in the project.

How is E-Diesel Different?

“One great advantage of this new fuel is its purity. It is free of sulfur and aromatic compounds – quite unlike mineral diesel. Its high cetane number means that Audi e-diesel is very combustible and its chemical composition makes it suitable for mixing with fossil diesel in any quantity. It can therefore be used as a ‘drop in’ fuel.

If it catches on and is produced for a mass market, it could make internal combustion engines much cleaner in the future.” (Audi.com)

“Synthetic diesel using CO2 is a huge success,” says Germany’s Federal Minister of Education and Research Johanna Wanka, who showed her support last week by putting the first five liters (1.3 gallons) into her work car, an Audi A8. (National Geographic)

According to newatlas.com, the fuel can be combined with conventional diesel fuel, as is often done with biodiesel fuels already.

So stay tuned, maybe one day soon your diesel truck might just be running off of water, air and electricity…