Which Truck Holds the Best Value? 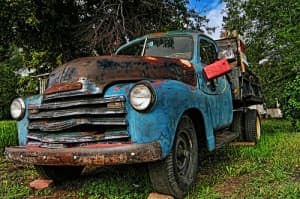 Getting the best value for your money is always a priority when purchasing any truck. How much the truck will be worth down the road is the primary way we judge how well any vehicle holds its value. How often the truck breaks down and needs repairs after it has been on the road for a few years is another indicator of value. The following is a list of the best pickup trucks that hold their value.

Toyota Tacoma
This is a compact truck that is both nimble and rugged. For several years it has come in at the top of nearly every list citing great resale value. This truck is more expensive than many of its competitors but high resale value and overall reliability makes it hands down the number one truck to hold its value. These trucks will retain approximately 65 percent of their value after three years. The number is still over 50 percent after five years.Toyota Tundra
This large, powerful truck is both dependable and great looking. The Tundra has a reputation for performance. The resale value of a 2013 Tundra is expected to be over 55 percent of its original value in three years.Nissan Frontier
The Nissan Frontier ranks high on safety, reliability, and fuel efficiency for a pickup truck. Even though it’s considered a mid-size pickup truck, if equipped properly it has enough power to haul most boats. This truck has a high resale value and generally only depreciates one to two thousand dollars a year.Ford Super Duty F-350
The Ford F-series is now the bestselling line of trucks in America. This high demand leads to high resale value. These work trucks are built strong for a variety of uses. This large truck has an expected retained value of over 48 percent of its original cost.

GMC Sierra
This is a light duty pickup that is a favorite of many professionals and people in the service industry. Recent models have received high ratings for safety and reliability. During the past several years the Sierra has consistently had strong resale value. The 2014 models are also projected to have high resale value as well.