Diesel engines have been popular in Europe for decades, with the low cost of diesel fuel and high mileage per gallon offered the major reasons that this form of engine has been favored over traditional gasoline engines. However, in North America, diesel owners develop bad stereotypes, with only a small and growing number sold in the US and Canada each year. The traditional poor view of diesel engines in North America does not take into account the vast technological advances that have taken place in recent years to make diesel engines more efficient and economical. 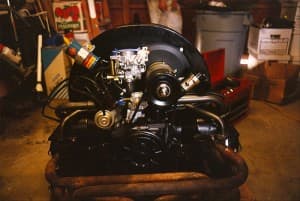 The stereotype of the diesel engine that tends to be maintained in North America is generally a remnant of the history of diesel development in the US. Diesel cars and trucks have retained the image that they are only driven by bullying drivers who care little for the environment because of the noisy, smoky image these vehicles developed in the 1970s and 80s. Early diesel vehicle development saw the 1970s and early 80s versions of the engine powerful, yet ultimately environmentally unfriendly in design with high levels of emissions.The diesel engines developed in the 1970s and 80s were rushed into production following the gasoline shortages of 1973 and 1979 that saw drivers and vehicle manufacturers searching for fuel efficiency and reduced gas prices. A number of American vehicle manufacturers developed cars and trucks based on the diesel technology already in place throughout Europe, unfortunately, this technology remained largely untested when released to the public. Amongst the major problems associated with the early North American attempts at diesel engines were the smoky nature of the emissions that continue to add to the current stereotype of diesel engines and drivers being bad for the environment.

The noisy nature of diesel engines has largely been eliminated in recent years as cleaner diesel fuels and technologically advanced engines have seen emissions reduced along with noise levels. As the gas prices for diesel are now similar to those seen for gasoline engines the greater efficiency of diesel engines have seen the greater power and increased mileage per gallon have added to the reasons diesel is growing in popularity despite the negative stereotypes associated with these engines and their drivers.