General Motors announced on Friday that it is recalling approximately 500 of its brand new HD pick-up trucks and SUVs. Chevy recalls new HD pick-up trucks that range from the years 2014-2015 because of a faulty air-bag control module part, which was faulty when supplied by the part’s manufacturer.

Getting To Be A Habit?

For those who have been keeping a close eye on the recall record of General Motors this year alone, there may be some experiencing a bit of alarm. This is not only the 7th recall issued by the company in the last week, but it is also recorded as being their 30th since the onset of the year, with nearly 14 million vehicles being recalled in total.

Regardless of what appear to be staggering numbers, GM is being praised for its quick reaction time and accountablility level when responding to findings. A spokesman says this fact has kept countless customers safe. 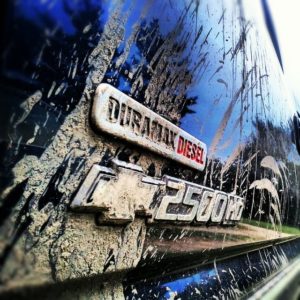 Buyers Are In The Clear

Another report verified that none of the 500 vehicles involved in the recent “recall” had ever physically left the factory. Because all of the SUVs and trucks that held concern are still on site they will be repaired using properly functioning parts and then sold after passing rigorous inspection. Dealerships involved in Memorial Day sales events have been able to rest assured all the GM products they offer are in top selling condition and ready to be moved.

Just a day prior to the recall, GM announced the implementation of new team that will be in charge of spotting issues that could lead to potential recall, thereby nipping problems in the bud before vehicles leave the factory. The team is being led by Mark Reuss, GM’s Global Product Chief. The intended end result of having this team at work is to eliminate safety dangers and deaths in GM vehicles through the use of proactive preventative measures. In the meantime, Reuss has made those in charge aware that some recalls may continue into the summer months as the team gets the ball rolling. For more information on recent recalls, visit your General Motors website today.