Chevy announces a better incentive program after being hit hard in the truck market, which briefly surged after the “Cash for Clunkers” program run by the government but has since seen less growth. As a way to try and increase both sales and standing within the industry Chevy is rolling out a new incentive program for buyers in 2014. This program will cover most parts and labor for a new Chevrolet, as well as most GM vehicles, for two years or 24,000 miles whichever comes first. What’s more, previously purchased GM vehicles may be grandfathered into this benefits package in many cases.

A Boost to Loyalty?

Buying a car isn’t just about acquiring a new vehicle, as any experienced car buyer can testify. It’s also about what parts need to e replaced, regular maintenance checkups, tire rotations, oil changes, and all of the other sundry costs it takes to keep a vehicle on the road. GM knows this too, and it’s why it’s making a play for customer loyalty by taking a burden off of most customers. While new cars shouldn’t need that much in the way of maintenance, two years of worry-free upkeep can put a lot of minds at ease. The company has already seen positive results from a similar program that covers Cadillacs, so it only makes sense to expand the program in order to more closely tie Chevrolet customers to the brand. 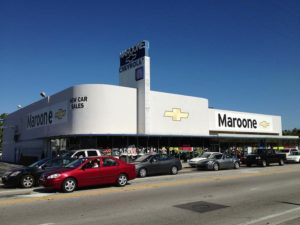 As with any other program that looks too good to be true there are some catches to the latest plan by GM. The biggest catches are that not all forms of maintenance are covered on all vehicles. Models like the Volt, for instance, won’t have all forms of service paid for on this plan. Other restrictions, such as Cadillacs not being able to double-dip since they already have their own service plan, are also in the fine print. GM wants to help its customers, but it’s keenly aware that some costs would be far too much for it to cover on every vehicle.

The idea of winning hearts and minds by providing helpful assistance on service is one that GM has used before, but never on this scale. Customers have reacted positively, and it looks like they might again. While there’s no guarantee that a plan will or won’t succeed, the odds are good that this is going to be a win.