The most common brands of diesel engines for pick-up trucks are Cummins, Power Stroke and Duramax. Dodge trucks have Cummins engines; Ford trucks have Power Stroke engines and Chevrolet trucks have Duramax engines. These engines are generally similar in terms of configuration and performance. Truck buyers will therefore need to consider the smaller differences between these engines when making their selection. Here is a 2017 diesel pick-up truck buyer guide to help you narrow your selection.

The Cummins B Series of diesel engines have a straight-in-line configuration and are widely used in many applications such as a daily-driver pickup trucks, various construction equipment, and buses. This series was first manufactured in 1984, although it wasn’t particularly popular until it appeared in the Dodge Ram beginning in 1989. The Ram was originally released with 400 pounds-feet of torque, setting it apart from its competition. This engine was initially manufactured within the United States, specifically in North Carolina. Over the years manufacturing plants were created in the United Kingdom, Turkey and Mexico, among others. 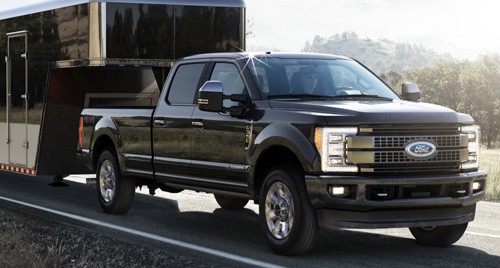 The Power Stroke line of diesel engines is primarily used in Ford vehicles such as trucks, SUVs, vans and commercial vehicles. They are V8 engines that were originally manufactured by Navistar International Corp. from 1994 to 2010, although Ford has manufactured Power Stroke engines in-house since then. These engines are most competitive in the full-size pickup market of the United States. According to Power Stroke Hub, more than 500,000 6.7L Power Strokes were sold in the engine’s first three years of production.

The most recent version of the Power Stroke is the 6.7L, which is rated at 925 lb-ft and 440 hp. In 2017, the Ford truck models that include a 6.7L are the F-250, F-350, and F-450. The diesel V8 is mated to a 6-speed automatic transmission. On the Power Stroke, “as opposed to a traditional V engine, the intake and exhaust flows are reversed – the intake manifolds are located on the outer deck of the cylinder head and the exhaust manifolds exit directly into the engine valley where the turbocharger is mounted. The unique exhaust flow design is said to increase thermal efficiency of the turbocharger.” (www.powerstrokehub.com) 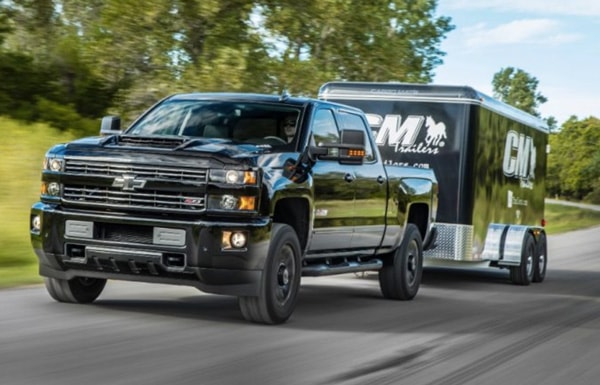 The Duramax family of diesel engines has been in production since 2001. They’re manufactured by General Motors and Isuzu as a joint venture under the company name DMAX. DMAX is manufactured in Moraine, Ohio, boasting over 1.5 million Duramax diesel engines created at the facility as of May of 2012, and more than 2 million created as of 2016. Duramax engines primarily appear in Chevrolet and GMC medium-duty trucks, pickups and vans.

According to duramax-engines.com, the Duramax Diesel 6600 was an instrumental contributor to the 2001 Chevrolet Silverado Heavy Duty Pick-Up Truck as it received the prestigious “2001 Truck of the Year Award” by Motor Trend Magazine. In 2016, Chevrolet announced that the 6.6L V-8 turbo-diesel offered on the 2017 Silverado HD was getting a redesign for 2017. According to Chevrolet, “along with a 19 percent increase in max torque over the current Duramax 6.6L, the redesigned turbo-diesel’s performance is quieter and smoother, for greater refinement. In fact, engine noise at idle is reduced 38 percent.” 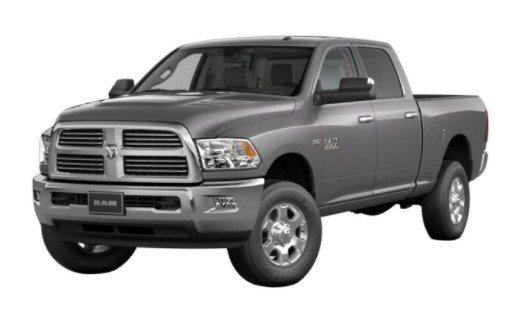 The first Power Stroke 6.7L engines produced 390 horsepower, although Ford updated the control software shortly after it entered production in 1994. This improvement increased the engine’s performance to 400 horsepower and 800 pound-feet of torque. It also improves fuel economy without any modifications to the engine. Ford provides this software update to its customers through dealerships at no charge. Ford improved the exhaust, fuel injectors and turbo for the 2015 engines, increasing their output to 440 horsepower and 860 pound-feet of torque.

The Duramax LML engine received significant improvements for the 2011 model year. These upgrades included fuel injectors with a pressure of 29,000 PSI, higher engine rigidity and a fuel system that’s more tolerant of impurities. The fuel injectors for the 2011 engine were also moved to the exhaust tract, which allows fuel to be injected during the engine’s particulate filter recycling step. The new, 2017 Duramax 6.6L is equipped with more horsepower and torque than ever — an SAE-certified 445 horsepower (332 kW) and 910 lb.-ft. (1,234 Nm). Furthermore, it’s “capable of running on B20 biodiesel, a fuel composed of 20 percent biodiesel and 80 percent conventional diesel. B20 helps lower carbon dioxide emissions and lessens dependence on petroleum. It is a domestically produced, renewable fuel made primarily of plant matter — mostly soybean oil.” (www.chevrolet.com)

The routine maintenance of diesel engines primarily includes oil and oil filter replacement. The Cummins and Power Stroke engines have a wide range of approved oils and oil filters. Power Stroke and Duramax engines also add urea to the exhaust, which reduces the nitrogen oxides in the exhaust. This feature reduces the engine’s production of pollutants but also increases the cost of the engines. Duramax engines require a specific brand of oil.

Ford, Chevy and Dodge each have competitive pickup truck options for buyers who are looking for a vehicle with a diesel engine in 2017. The Cummins, Power Stroke and Duramax each have minor differentiating features that continue to be updated and improved year after year. By reviewing the information above, as well as each truck brand, buyers may have an easier time making their truck – and diesel engine- selection.