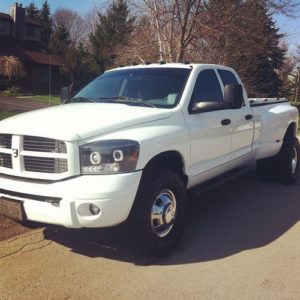 Over time, this misalignment could lead to potential steering problems or even complete steering loss. Tie rod ends are an integral part of the rack and pinion steering system. They serve as the link between the steering rack and the steering arm, which tells the wheels where to proceed. Misalignment’s can cause fracturing over time which disrupts the vehicle’s ability to steer, potentially resulting in an accident.

The faulty alignment has been responsible for seven known accidents, with two reported injuries. Vehicles fixed previously under recall 11V350 for tie rod ends, are still being urged to bring their vehicle in for inspection regardless of previous repairs performed as a result of the previous recall.

The recent recall, labeled Recall N62, is calling for 1.2 million ram pickups to be inspected. Luckily, not every truck brought in will have the flaw but all owners are being asked to bring the vehicle in for testing to err on the side of caution. Due to the importance of the tie rod ends for the vehicle’s overall safety, every one contacted is urged to bring their vehicle in even if they have not previously noticed a problem with their steering. Though It is estimated that as many as 726,000 of the recalled vehicles will not need repairs.

Owners of the potentially affected vehicles will be notified by mail beginning early next month. Any vehicle brought in for the recall will be inspected for any misalignment or fractures resulting from misalignment. Affected vehicles will have their tie-rod assemblies replaced by Chrysler free of charge. Owners will be asked to bring their trucks in to their local Chrysler dealer to be inspected as early as January 2014, as parts are expected to become available. Owners seeking additional information may contact Chrysler at 800-247-9753.
Sources: